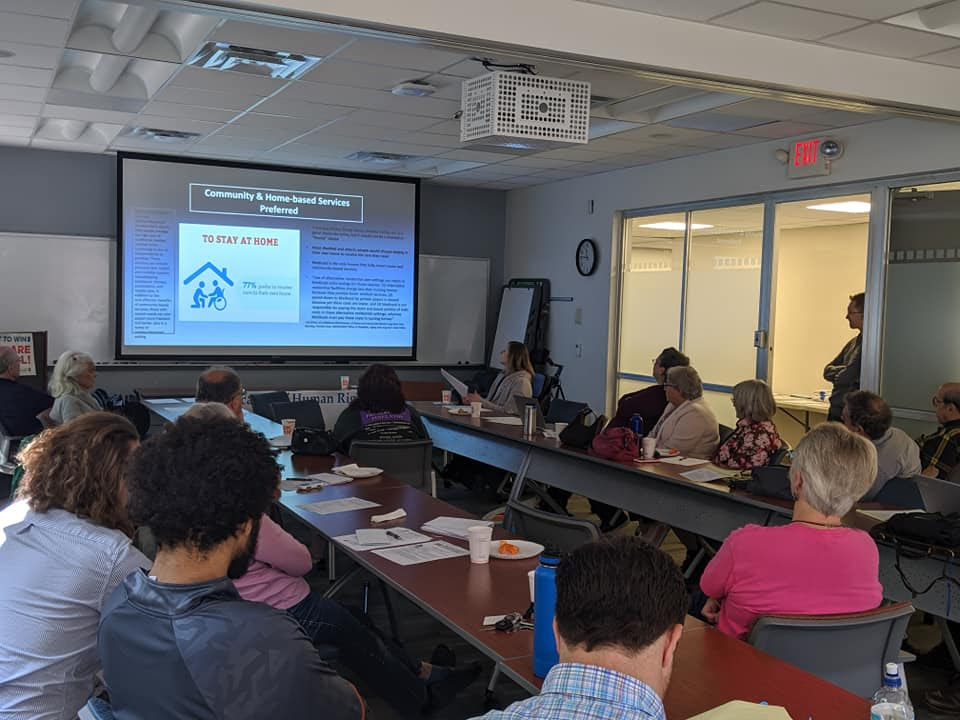 At our Fall 2019 NJUHC general membership meeting, we were very lucky to have Kristen E Smith give a presentation on Disability Solidarity. Kristen is a Disability and Rare Disease Advocate, Activist, and Organizer. She is on the Somerset County Advisory Council on Disability Issues; a Committee Member of a taskforce to establish a Rare Disease Advisory Council in the State of New Jersey; Secretary-Treasurer of Central Jersey DSA; and co-founder the New Jersey Chapter of ADAPT, which is a grassroots organization in the radical wing of Disability Rights, focusing on advocacy, organizing, and activism, to raise awareness of the rights of, and issues facing the disability community.

Kristen’s presentation, “Disability Solidarity in the Fight for Medicare for All” focused on the barriers created by ableism and the privatization of long term care. She talked about the need for strengthening community and home-based services, especially in the fight for Single Payer Medicare for All. These services are a way to help people manage the high cost of traditional medical services while continuing to live as independently as possible, including personal care, health and mobility support, housekeeping assistance, therapy, socialization, and respite care. In addition to the cost-effective benefits of community-based services, those with special needs can also expect more freedom and better care in a home or community-based setting.

As we move forward in the fight for Medicare for All, we need to center the voices of the people most marginalized by the current system. This will make sure everyone is lifted up – when we expand coverage to include long-term care, mental health, dental, vision, prescription drugs, reproductive health services for women – then we will have the broad base we need to win this fight!

Tabling at “Arts in the Park” 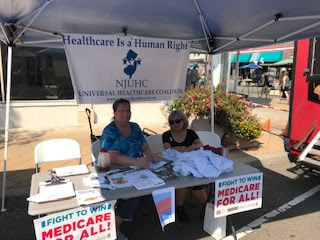 NJUHC Members Karen White, Catherine Hunt, and Bryan Nelson staffed a table for the NJ Universal Healthcare Coalition at Highland Park’s annual “Arts in the Park” street fair on Sunday, September 22nd. The event was a great success as we were able to generate dozens of postcard mailings in support of M4A to Rep. Frank Pallone and increase our base of mailing list subscribers. Rep. Pallone even showed up at the fair and was promptly bird-dogged by Karen!

“I’m happy to report I was able to attend Healthcare-NOW! and the Labor Campaign for Single-Payer’s National Single-Payer Strategy Conference in Portland, Oregon on October 18th and 19th. The conference was attended by M4A activists and organizations from around the country and included prominent speakers including Rose Roach (National Nurses United), Sara Nelson, (International President of the Association of Flight Attendants-CWA, Michael Lighty (Democratic Socialists of America) and a video message from Rep. Pramila Jayapal (7th Congressional District). The workshops were informative and inspiring. I attended a workshop on organizing for M4A in the labor movement featuring panelists from the Labor Campaign for Single-Payer, United University Professions (UUP/AFT), the Amalgamated Transit Union (ATU), the NY State Nurses Association (NYSNA) and the Brotherhood of Maintenance of Way Employees Division (BMWED/IBT), as well as a workshop on base-building for M4A featuring representatives from Healthcare4AllPA, PNHP New York Metro and Western Massachusetts Medicare for All. I left the conference with renewed energy and confidence that our movement to guarantee healthcare as human right will prevail and I look forward to sharing with you in more detail what I learned in Portland.” 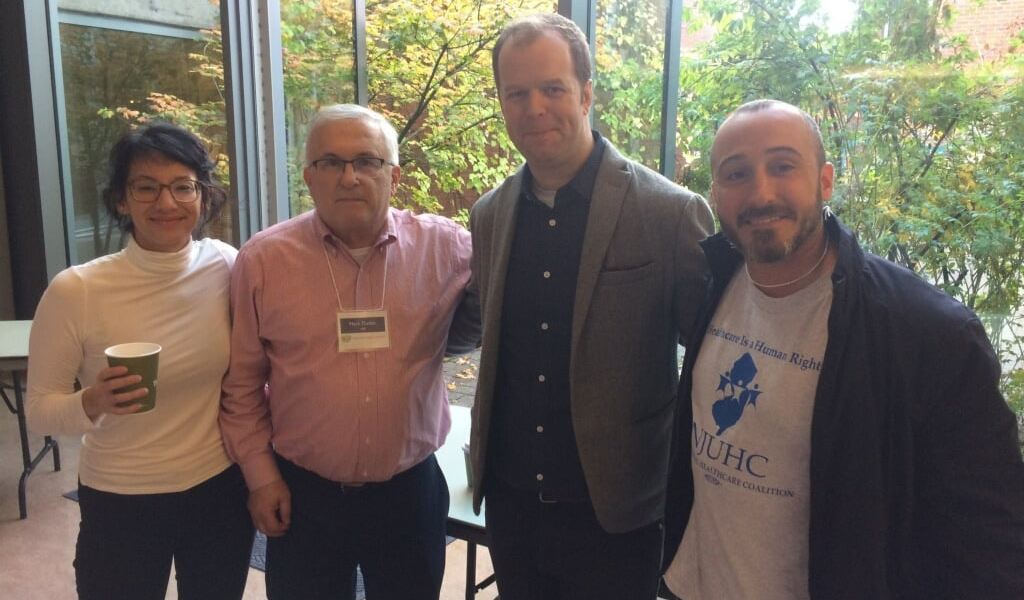 Our good friend Thomas Bias passed away peacefully on October 17 surrounded by his family at home in Flanders, NJ. Tom was a fine musician/singer/song writer and a lifelong activist for peace, justice, independent politics and workers’ rights. For the last six years he worked as assistant/secretary in the law firm of Bennet D. Zurofsky and served as Assistant Director of the Solidarity Singers of the NJ IUC. He helped develop and served on the Board of the National Labor Fightback Network. He was also the webmaster for the NJ State Industrial Union Council, NJ Peace Action, and previously served as the webmaster for the NJ Universal Healthcare Coalition. He was also the choirmaster at St. Dunstan’s Episcopal Church. Tom was an ardent believer in single payer healthcare, and championed Medicare for All. He said many times that he did not receive the quality, affordable healthcare that he needed under the ACA. He was grateful when he finally was able to get Medicare and he wanted everyone to be able to receive better, more affordable care under a Medicare for All system. 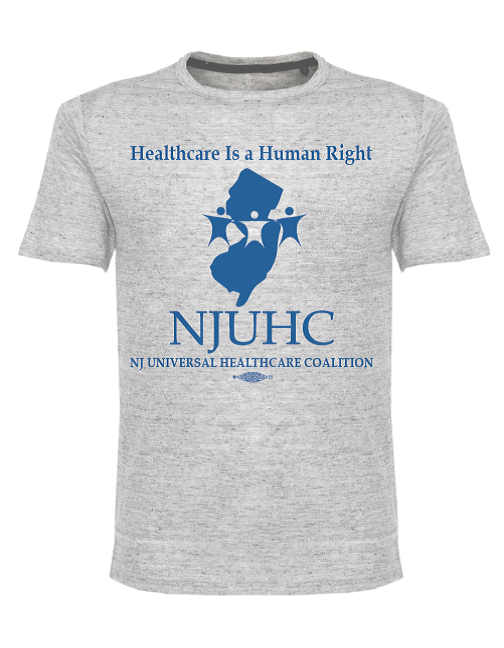